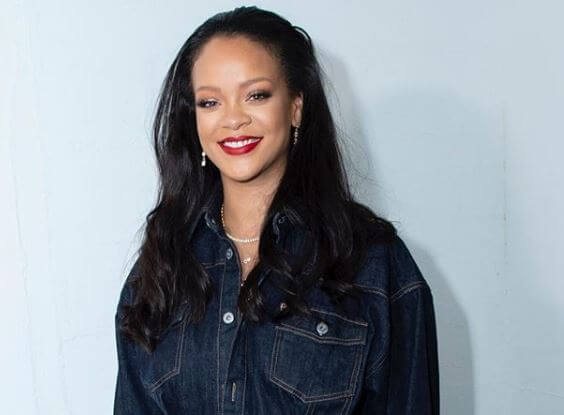 They say hard work pays off.  I guess since Rihanna put in all the Work, Work, Work…, then she is really reaping the benefits of her efforts. Sony/ATV Music Publishing has signed a worldwide deal to represent the entire song catalog of global superstar Rihanna.

The agreement covers all songs written by the multi Grammy winner across her entire career, including the hits “Rude Boy,” “Love On The Brain,” “Needed Me” and the Drake collaboration “Work,” which spent nine weeks at No. 1 on the Billboard Hot 100. The deal also takes in future works.

Sony/ATV Chairman and CEO Jon Platt said: “I’m proud to have known Rihanna since the beginning of her career. Music, fashion, philanthropy and a heart of gold have solidified Rihanna’s position as one of the biggest icons in the world. It is an honor to be reunited with her at Sony/ATV.”

Rihanna is one of the best-loved and most successful music artists of all time with her many career highlights including 14 Billboard Hot 100 No. 1 hits, seven RIAA-certified multi-platinum albums, nine Grammy awards and chart-topping success around the world.

Since breaking through in 2005 with the single “Pon de Replay,” the Barbadian singer and songwriter has established herself as a true global icon who has combined an astonishingly successful music career with acclaim in a number of other fields, including as a movie actress, businesswoman and humanitarian.

Working across multiple genres, including pop, R&B, dance and hip-hop, her prestigious and prolific output has turned Rihanna into a permanent fixture on the world’s music charts and a number of her releases rank among the biggest hits of this century. These include “Rude Boy,” “Work,” “Needed Me,” “Love On The Brain,” “The Monster” and “Wild Thoughts,” which were all co-written by her. She has also recorded a series of hugely successful albums and her last seven releases have been certified a combined 22 times platinum by the RIAA in the U.S., including Good Girl Gone Band, Rated R, Loud, Talk That Talk, Unapologetic and Anti.

Across her career, she has recorded with superstar artists including Drake, Eminem, Sir Paul McCartney, Jay-Z, Kanye West, Coldplay, Calvin Harris, Nicki Minaj and Kendrick Lamar with whom she won her ninth Grammy award in 2018 for their collaboration “Loyalty.” Her countless other honors include 13 American Music Awards, 12 Billboard Music Awards and seven MTV Video Music Awards. In 2017 she was recognized as Songwriter of the Year at the annual BMI R&B/Hip-Hop Awards.